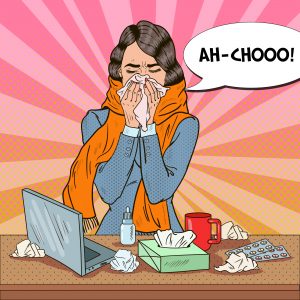 Two nights ago I had some chest tightness and wheezing. At the time, I thought it might be because neighbours that have a dog were visiting. Or that I was diffusing a new essential oil. But, that same night, my son had his first asthma episode of the season and I realized—spring is coming and allergy season is here. Over the past few days, a number of my patients have reported that their symptoms have started up as well.

I was a super allergic kid – grass, trees, ragweed, dust, cats, dogs, birds (really anything you might want as a pet – which explains the series of lizards and turtles that I had instead). I would sneeze, my eyes would get red, itchy and swollen, and I had asthma. From the time the snow melted until the first frost I was a mess. I did allergy shots. I took a weird green anti-histamine, that has since been pulled from the market. I was also plagued with chronic ear infections throughout the winter. If you’ve read my other posts, you know where I’m going with this. I ate tons of dairy as a kid (as did we all) and it wasn’t until my 20s that I realized it was a major sensitivity for me. When I removed dairy and gluten, my allergies immediately improved. Well, guess what I’ve been cheating with lately? Gluten (more than I’d like to admit) and dairy (just a bit, but for me that’s all it takes). And so, with the first allergy symptoms, a personal reminder to rein in my diet.

When patients do an elimination diet or Change of Season Detox program, one of the first things that they usually report is an improvement in allergy symptoms. Reducing inflammation and the immune response in the gut helps reduce the inflammatory processes in the immune system that cause allergies as well.

How to reduce or eliminate allergy symptoms: 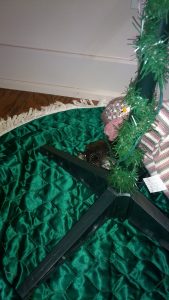 This is Shakespeare – my 29 year old turtle. Just before Christmas he escaped from his tank and I found him under the Christmas tree.

« The Scoop on SIBO
A Spring Detox- should you or shouldn’t you? »

Tara Anchel, N.D., is a primary health provider working in a downtown Ottawa clinic. Using safe, proven and effective natural therapies, she focuses on preventive and restorative medicine to treat a wide variety of patients and health concerns. She is currently taking new patients.

Ready to bring your health back into balance? Appointments can be booked online.

Recently on the Blog

Bring your health back into balance naturally

Sign up for our newsletter for extra tips on how to keep your health in balance. Your email will never be sold or shared.